There’s a lot of baloney written in sport about Fate, Inevitability, Something In The Stars. It’s hard not to imagine that Chelsea were destined to win the Champions League last night. The flakier amongst you might ascribe their success to God, who is clearly no fan of Spurs.


Nevertheless what was a rather tedious final coiled up the pressure until finally the inexorable Blue victory came to pass.

Bayern are a strange side. They possessed a lot more invention than Chelsea, but most of it came from the flanks. Ribery has always been wildly overrated. Robben is a pain-in-the-backside but can be exceptional. Chelsea set out to defend their penalty area and the two wide men made it very easy for them by cutting inside and into defenders.

When they did get the ball into the middle they had that terror of European defences everywhere, Mario Gomez. Now, okay, maybe I’ve never seen Gomez on a good day, but I swear to God Morticia, Pugsley or even Wednesday could’ve done a better job. And yet those stats of his! Gomez must be like a second-hand car on a dodgy lot – someone’s been fiddling with his clock (I said ‘clock’) cos there’s no way such a lumbering great numpty with the first touch of a bunioned rhino can have scored quite so many goals.

The main threat came from Muller, although he wasn’t quite rampaging like he did for Germany against England a couple of years back. This was more Muller Light. His goal came as a surprise, really. Bayern had had chances but fluffed them. Robben was brilliantly marshalled by Ashley Cole, Cahill was terrific (who needs Terry, Woy?) and Chelsea seemed to be coping comfortably. And then Cashley lost his man and Muller’s downward header bounced feebly over a strangely confused Peter Cech. Game over.

Then came Drogba. The headed equaliser was utterly brilliant. And this after spending much of the game in his usual one against four routine while David Luiz humped the ball hopefully upfield like a Teesside lunk on a windblown school pitch in Hartlepool.

In fact it’s ironic that after all the money the sinister smirking Abramovich has put into the club in order to assemble a side that entertains, it’s the dourest one of the last ten years that somehow wrestles the Champions League back to West London.

Di Matteo can take a lot of credit for reviving the form of players who were not exactly on fire during the reign of AVB. Lampard, Drogba, Cech and even Cole spent six months telling the manager to stop pissing in their chips.

Then again Villas-Boas was brought in specifically to be the new broom. But old muck is hard to shift. In a way AVB’s departure put Di Matteo in a position where he could only win. He has stroked the egos of the uppity and reminded them of their responsibilities. He has knocked together a lot of defensive nous that must’ve fallen out of AVB’s trousers as he crouched like a constipated frog on the touchline.

And more than that he’s been kissed on the arse by the Mistress of Good Fortune. The turning around of a 3-1 deficit against Napoli was the key. The win in the Nou Camp is the most ludicrous result since the stone was rolled back to reveal that Jesus was gone. And even last night’s victory was stretching the bounds of belief.

Chelsea had barely mustered a shot when they went behind. Extra time was minutes old when Drogba got his big pink boots in the way of another pointless Ribery scuttle and the ref had no choice. Robben, strutting about like a shaved bantam, seemed certain to score but Cech snaffled it comfortably.

And then there was the familiar pussy-footing around until penalties.

That's why I don’t like penalty shoot-outs. Not cos they aren’t impossibly dramatic – that’s clearly to be enormously enjoyed, especially if you’re a neutral. But they often make for tepid periods of extra time where no one wants to lose. I’d be tempted to make both teams dispense with two players each at the start of extra time, and then lose another two after 15 minutes. More space on the pitch would make the game way more stretched and chances more frequent.

Of course the TV companies will want to know when it’s going to end so until football gets off its televisual umbilical cord the old penalty shoot-out is here to stay.

And therefore we will still have the dubious pleasure of watching Bastian Schweinsteiger – a truly wonderful servant of his football club – letting his teammates and supporters down horribly. Strangely I empathised with him enormously whereas when Terry slipped on his arse four years ago my first response was to laugh like a drain.

The penalty shoot-outs do reveal a lot about the players involved. Robben didn’t have the nuts to take another one. Neuer did. Cole was happy to. Torres wasn’t. The bottle is about stepping forward in the first place. And of course Big Balls himself scored the winner.

It must be tempting for Drogba to renew his contract but someone with a lot of objectivity should tell him the time to leave is NOW: head held high, at the very top, nothing else to win, really. Job done. Go line your nylon shorts with Chinese cheques and keep up the good work back home.

It wouldn’t be so bad for Di Matteo either if he was asked to step aside. His record would be pretty near perfect, and Chelsea is still a club that needs a right good shake-up. The cornerstones of Abramovich’s reign – Cech, Terry, Lampard, Drogba – there’s little time left for them.

I doubt Di Matteo is the man to oversee the transformation. And yet he’s just won the Champions League. The idea of anyone not getting the job after that is unthinkable. Unless you happened to be a megalomaniacal Russian with an assassin’s smile. 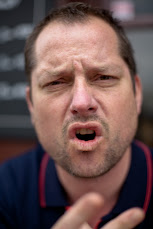